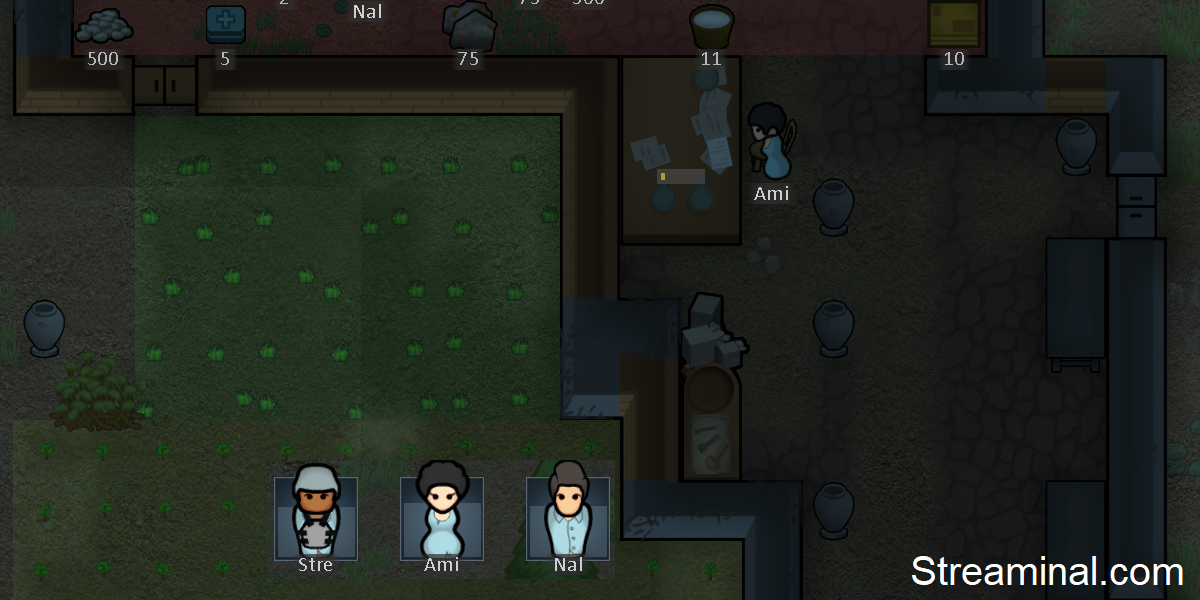 Traits in Rimworld can drastically play a role in a pawn’s efficiency and usage in the game. Many negative-looking traits are actually beneficial to the overall pawn’s role in the colony when paired with some other supporting traits. Take for instance the Pyromaniac trait, this trait is terrible as the pawn starts fires and will not help put them back out. The Tortured Artist trait, who wants a pawn always in a poor mood and getting mental breaks? While, yes, these traits are negative when looked at individually, but when looked at when paired with some other traits the Pyromaniac and Tortured Artist traits are not too bad.

Best Traits for a Crafter in Rimworld

A Pyromaniac Tortured Artist pawn is just about the best trait combo for a crafter you can get in Rimworld. If you can stack Very Neurotic plus with maybe Production Specialist (Ideology DLC) on top of it, you have a near-perfect pawn for crafting.

This might sound silly to you, but it is sort of a min/max type of pawn. Here’s why. The Very Neurotic trait gives a nice Global Work Speed but increases the pawn’s mental breaks. The Tortured Artist trait makes the pawn’s mental breaks occur more often but gives them a nice inspiration buff when they do. The Pyromaniac trait is the best since now the mental breaks are happening more often due to Very Neurotic and Tortured Artist traits the pawn will only start fires instead of other annoying tantrums. Lastly, with Product Specialist (pawn with at least a level 6 Construction skill or Crafting skill) will get you a further crafting quality increase buff – only if you have the Ideology DLC. This means when your pawn goes into a mental break they will only start fires while becoming inspired, and then go craft a +2 quality item. Voila, you now have a pawn who will consistently craft Masterwork and Legendary Work items as long as they live.

Rimworld’s pyromaniacs are particularly dangerous, as their condition can lead them to start wildfires that can easily spread out of control – especially in the early game when your base is constructed from wood. A Rimworld character with the pyromaniac trait will always have a high chance of starting a fire, regardless of their environment or circumstance. It’s important to keep your eye on any Rimworld pyromaniacs you encounter and take steps to prevent them from mental breaking.

The effects of the Pyromaniac trait are:

However, for some, the pyromaniac trait can be quite desirable. The pyromaniac trait effect can be used strategically when you have a pawn with a high mental break threshold. The reason being is that early-midgame you basically transition over to stone block walls fairly quickly, which, in turn, helps direct the pyromaniac’s fire starting to only certain areas of your colony.

Pyromaniac provides a known annoyance that you can play around. It’s easier to manage than other mental breaks like Hard Drug Binge, Beserk, Catatonia, Slaughter, Murderous Rage, or Run Wild. As you can see, maybe fire starting isn’t the worst trait after all. Pair the Pyromaniac trait with the Tortured Artist trait and you have a perfectly good and effective pawn for construction and crafting after every mental break.

The Tortured Artist trait is the best trait for an artist or crafter-type pawn. It provides an amazing buff after mental breaks that allows the next item sculpted or crafted to be significantly better than what you normally would make. It’s not uncommon to create masterwork or legendary items on a midgame skill level pawn. Pair this with a Production Specialist specialist and you got the best crafting pawn in the game.

The effects of the Tortured Artist trait are:

Inspired Creativity grants the pawn crafter a guarantee that the next item created will be +2 quality levels higher than it would have been. Basically, your dice for RNG are stacked in your favor to craft something normally better than usual. With a skill level 6 or higher you will commonly see masterwork or legendary quality levels. The inspiration lasts 8 days and ends after crafting the first item crafted.

The Very Neurotic trait is a simple overall pawn improvement choice that grants a speed increase to basically every labor type in the game. Animal, Butchering, Construction, Cooking, Mining, Plant, Research, Smelting, and Soothing tasks will be noticeably faster. The trait also increases the mental break threshold of the pawn making it an excellent choice with the Tortured Artist trait.

The effects of the Very Neurotic trait are:

To be a Production Specialist, you need to have either a Construction Skill OR a Crafting Skill to be level 6 or greater.

The effect of Production Specialist are:

There are some negatives with having a Production Specialist pawn though. First, the pawn will no longer perform the following work: dumb labor, animals, cooking, and plant work. Basically, any work regarding the preparation of food. The pawn will still be able to Firefight, Doctor, Warden, Hunt, and Research, etc on top of construction and crafting. This makes the Production Specialist one of the best specialist jobs as you generally never have to remove it from a pawn to meet a labor demand.

Having a pawn with both the Tortured Artist trait and Production Specialist specialist active you will obtain a significant crafting quality increase for your colony. It wouldn’t be surprising if you start crafting only masterwork and legendary work consistently. The +3 quality level does actually increase your chances of masterwork items by ~500% to ~7,400% depending on your pawn’s skill level.

A Rimworld Tortured Artist Production Specialist pawn will literally increase the crafting quality of the colony by an order of magnitude. Crafting is so ubiquitously tied to all other colony functions, that it can directly keep the overall colony mood happy and is also extremely effective with high-quality weaponry for combat. These huge crafting quality bonuses can also be applied to trade by selling your high-quality crafts for a good amount of silver as visitors stop by.

Crafting in Rimworld affects almost every aspect of the colony. Not only will you have more efficiency making silver from trade, but also be more stronger suited for combat by way of masterwork+ weapons or legendary+ apparel.